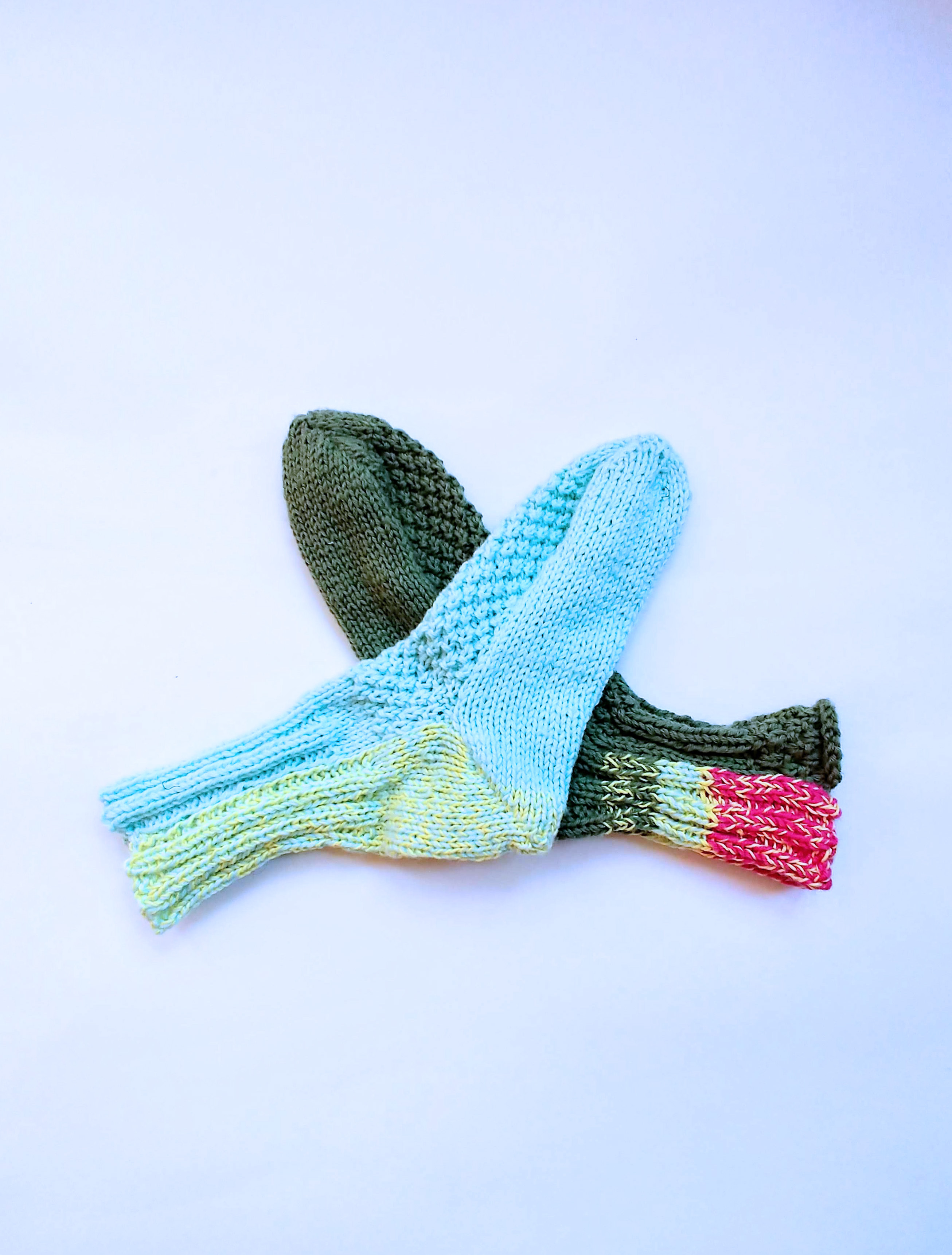 I know what you’re wondering…

Did Elaine get snowed in at some point during the past few weeks?

I have lived in snowy places before, but I have never in my life seen as much snow as I have the past few weeks.

Three foot long icicles hung from the roof, and I was knee deep in snow for more than a week. It was super crazy!

But also kind of fun. There was something really nice about knowing that everyone in the surrounding areas got to spend some extra time with their families for a few days.

Good news though! The weather finally cleared, the snow finally melted (well, mostly… there’s still some piles of it here and there) and I have finished my socks!

I still have to block the socks (wash them gently and shape them flat for drying) but that’s a project for the weekend I think.

I found the pattern for flat knit socks online. Admittedly, they don’t match and they are slightly different patterns as well. 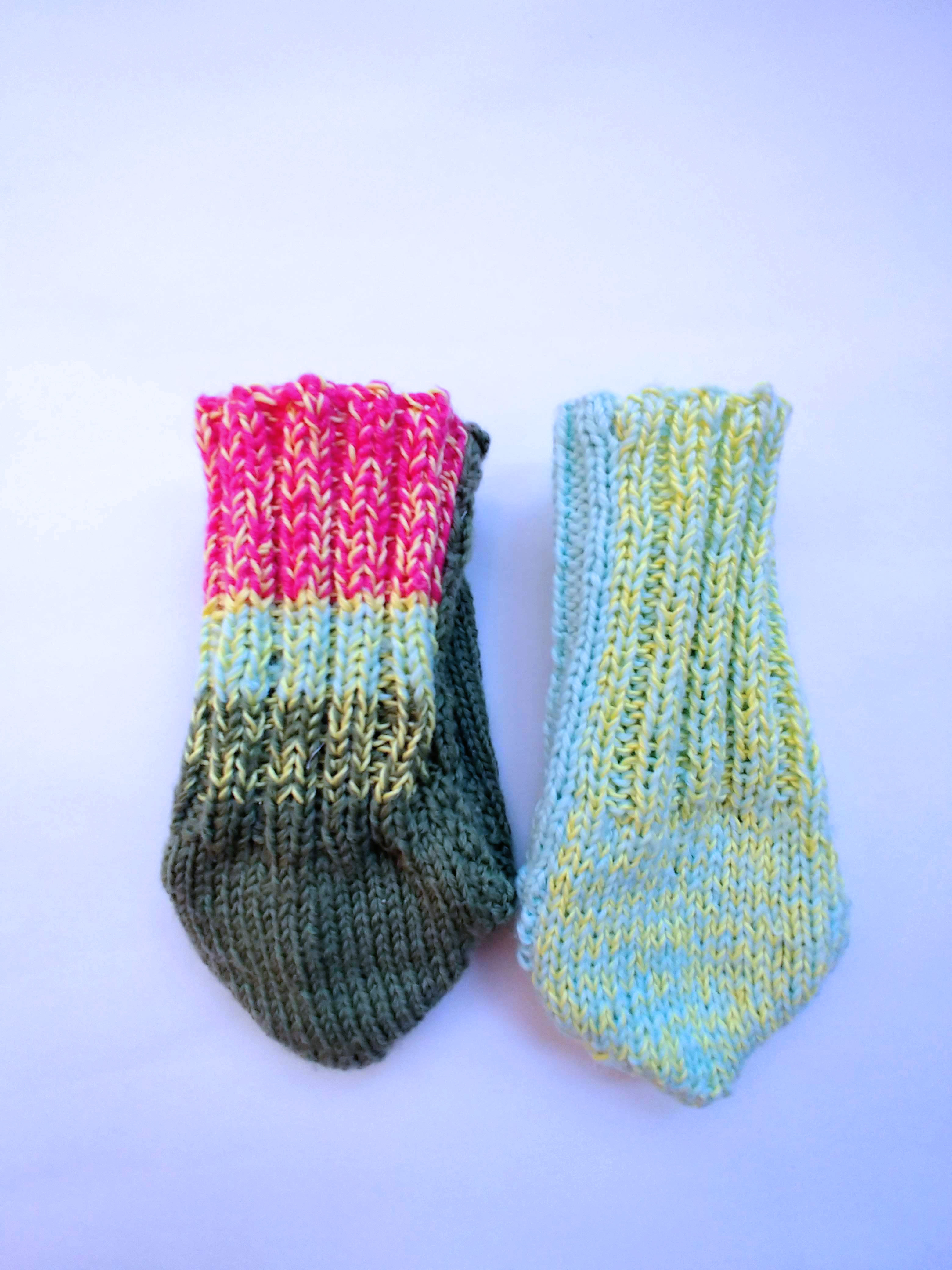 This is for a fun reason!

I managed to reuse a green swatch I was knitting for the top of one of the socks when I realized that I had accidentally cast on the exact number of stitches in the swatch that I needed for the socks, therefore saving myself 4-6 hours of work. I just ripped out some of the extra stitches to make the swatch shorter (and the right length for the top of the sock), and then started knitting the decreases for the toe.

I could have made matching socks by making green and pale robin’s egg blue stripes, but it would have made for a pretty unattractive color combination. Plus, when I made them my feet were freezing. I made these socks to wear under my tall boots, so it didn’t matter to me that the colors matched so much as long as the socks were warm. 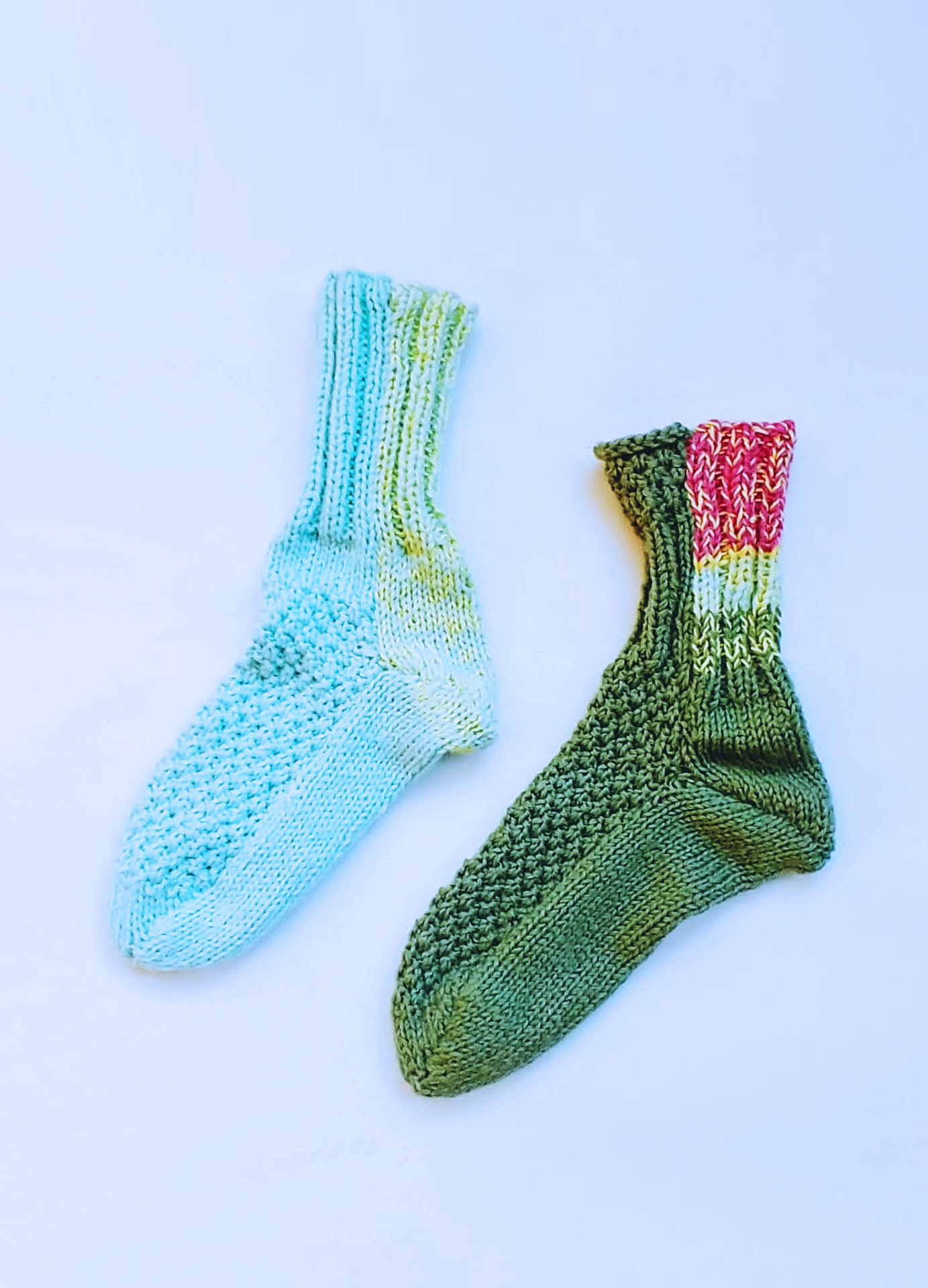 I’ve got a ball of pink worsted merino yarn and a ball of yellow cotton yarn left. I started making a pink hat about a week ago. I had bought some circular needles a few weeks ago in anticipation of making the hat but (being a new knitter) didn’t realize that you couldn’t make a hat on 29 inch circular needles because all of the extra cord gets in the way of knitting.

Of course, this was yet again a day that the local knitting store was closed, and I wanted to start my hat! So again to the kitchen I went to grab some more takeout chopsticks. I wish I would have figured out that I could make the double pointed needles before I made the socks, but it was probably good that I learned to knit them flat first. I could focus on learning to increase and decrease stitches and not have to worry about knitting in the round.

It took me about 2 hours to shave down, sharpen, sand and polish 4 double pointed bamboo knitting needles (size 7 of course). I had to keep sharpening my craft knife using fine sandpaper (thank you YouTube for teaching me how to do this) to cut the bamboo properly, but making my own knitting needles was actually a really fun process. All I needed was chopsticks, sandpaper, a buffing block and a craft knife.

There’s something very satisfying in knowing that you needed something, and then you made it yourself. I also loved the process of doing a simple carving project and knowing that my effort created something useful, something that will help me create more things in the future.

And my double pointed needles work just fine, the yarn slides smoothly across them. I started to knit with them and after knitting about 3 inches of hat I realized that the hat pattern that I was using was way too small for my head. The hat was about 19 inches in diameter, too small for anyone but a child, so I ripped the stitches out and rolled the yarn back onto the ball.

I also learned how to do basic cables! 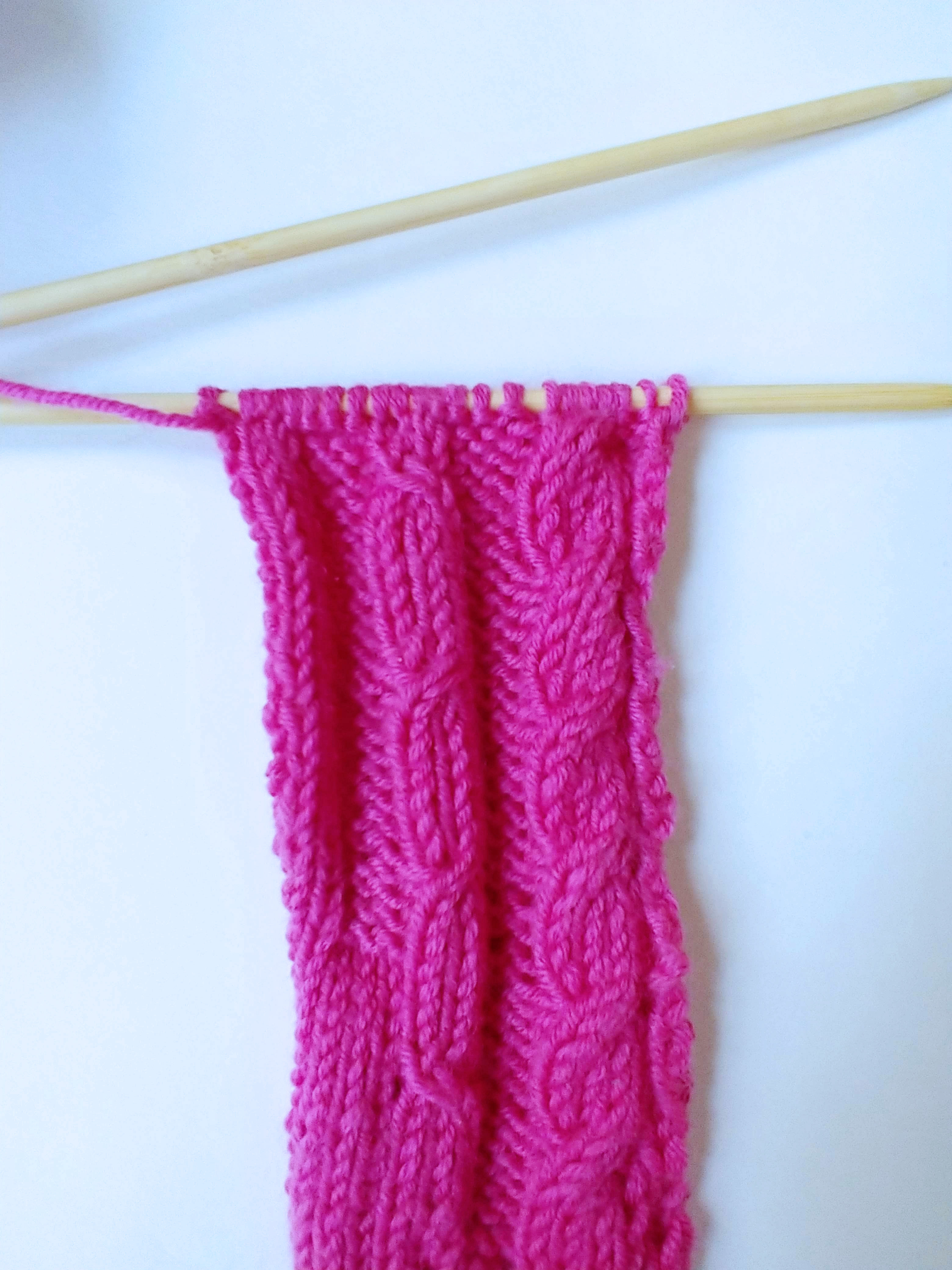 What was your first knitting project?

And if you have any advice for a new knitter it would be greatly welcome. I’ve got so much to learn and I am super excited to keep making things.

If only nice wool was cheaper…