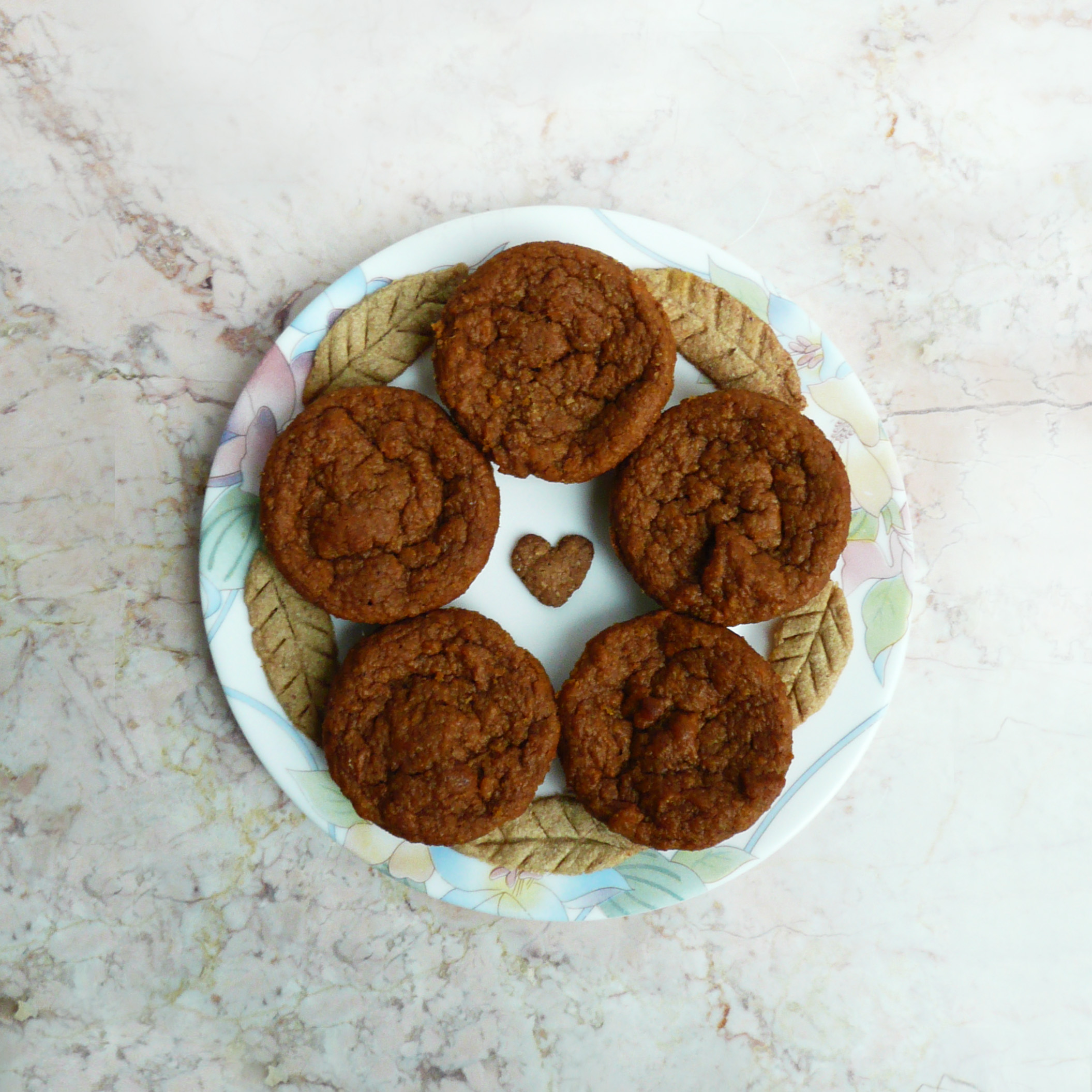 These little muffins are wonderfully spiced and perfect for when you’re craving pumpkin bread. They have a better texture the next day, so I usually bake them the night before, set them out on a plate on the counter and cover them with a paper towel. The next morning they have dried out a little, and the texture and flavor are even better than they are fresh out of the oven.

When you take them out of the oven, they will be nice and puffy, but the will flatten as they cool. Don’t worry about this, as they will still be delicious. They are wonderfully creamy in the middle and taste just like your favorite pumpkin bread.

You can either bake them as 6 full sized muffins, or as 9 snack sized (flatter) muffins. I normally prefer to bake them as 9 instead of 6 muffins, as it’s harder to wolf down 9 muffins in one sitting than 6 muffins, (trust me on this, I know). Either way, they taste amazing! I hope that you like them.

I’ve included the measurements for 12 muffins below, just in case you need them.

2. Grease and flour the muffin pan using coconut oil (or neutral oil) and oat flour. Here’s my trick to doing this.

4. Pour the wet ingredients into the dry, and stir until well combined.

For 6 muffins – divide the batter evenly between 6 muffin cups, and use the back of a spoon to smooth down the batter in each muffin cup so that the tops of the scoops of batter are flat.

Let them cool in the pan. To remove them, run a butter knife around the edge of each muffin and pop them out and set them onto a plate.

For 9 flatter muffins – divide the batter equally between 9 muffin cups. Use the back of a spoon to smooth down the batter in each muffin cup so that the tops of the scoops of batter are flat.

Bake for 30 min at 350. Let them cool in the pan. To remove them, run a butter knife around the edge of each muffin and pop them out and set them onto a plate.

Note – I made the little decorative leaves from the extra scrap dough from making the tart shells. I used a small paring knife to cut the shape of the leaves and the tines of a fork to make the little indentations. Bake the leaves at 375 for 10-15 minutes until golden brown around the edges.